← A Life Beyond
Conflict Series →

I shot this film in Guatemala, and subsequently worked out the meaning of this extraordinary encounter whilst spinning in the depths of a dream and drinking strong coffee.

Now I imagine the possibility for such encounters to exist everywhere. 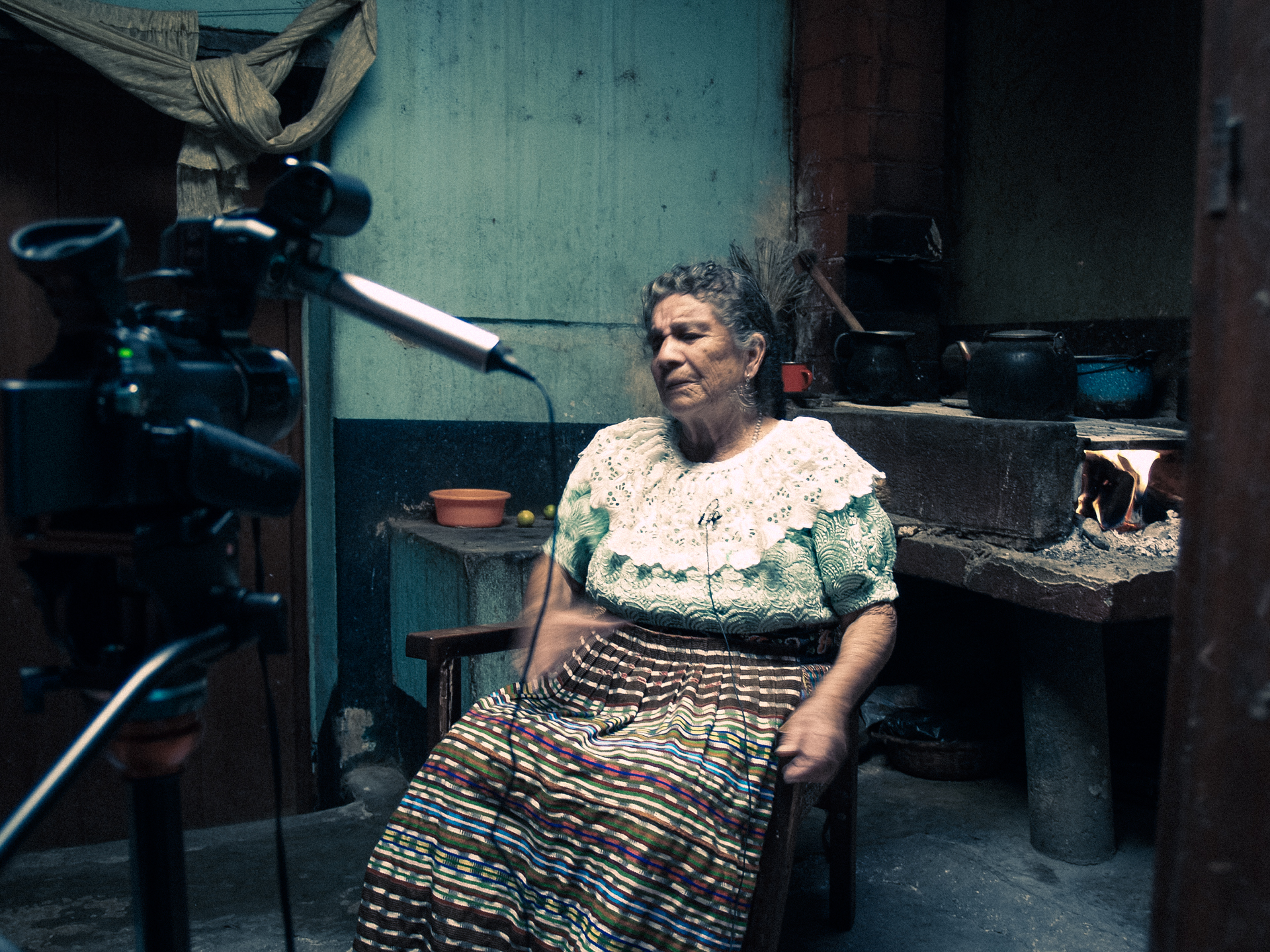 We weren’t actually meant to be here. But we didn’t realise that until long after we’d left. We’d arranged to meet a different character altogether but somehow found ourselves in the spartan dimly lit backroom of a woman who at 83 had been working as a midwife for 68 years.

Her beautifully lived in face told a tale but it wasn’t until many months after the encounter that I worked out what that tale was and what the contours of that extraordinary face had been whispering with all its might.

It seems to me that the tale of any soul has an ability to reveal itself when it chooses. And not when the observer expects too forcefully. Perhaps it reveals itself only when the observer is able to hear such a tale.

There are many of us in the room, unusually, and the discussion ripples up and down the line. From English to Spanish to Tz’utujil and back again. She doesn’t speak English and I don’t speak Tz’utujil. And neither of us speaks Spanish. But soon we drop the translation into English and I’m forced to listen beyond the words. It helps. Later a written translation paints the detail.

She talks to us about her job and the point at which she knew beyond a shadow of doubt that this was her life’s work. Work for which she has seldom been paid. Work to which she’s devoted. She is here to serve. That is obvious. She says it’s her destiny. She has been certain for many many years.

And alongside her words it seems that there’s a whisper. It’s quiet but it’s there.

She talks of a happiness that fills her heart. A joy. That exists night and day. Perhaps it’s because she’s there when a soul chooses to emerge. Or might that be re-emerge?

She tells us of how her father prayed that she would ‘carry entire towns’. She had been just 7 years old. And now it seems that she has carried entire towns with the wisdom that is so close to her surface.

6 of her 10 children died as children and she remains abjectly poor by the material expectations of most who’ll read or hear this. But she’s wealthy in a way few have yet realised is possible. It’s something I’ve encountered everywhere in this nation of old souls.

But Doña Chona also talks of social obedience and of the many decisions that she’s had to force herself to follow against her immense yet humble sense of self. It’s probably this that contributes to a very human tiredness.

All her childhood friends have left this world and as she continues through her story the words begin to show signs of this tiredness. But the whisper that exists alongside these words seem to me to intensify.

Somehow she found a way to exist within a system. A way to live a magnificent life within a paradox of social obedience and freedom. It appears that it is possible. For anyone that might care to choose. For you and me.

I sit there and listen to the words I don’t understand but somehow know that I do.

I can’t immediately express what’s being encountered. But that doesn’t mean that it isn’t there. This much I do know.

And as the words come to an end, Doña Chona exhibits a genuine gratefulness for us being there, and an innate understanding of why we are.

And then we exchange an extended glance. A glance that explains without a need for words. An acknowledgement that we know for certain that we’re the same despite our obvious physical differences. It points to the existence of the joy that she’s spoken about.

And in this glance I know that the flames of both our souls are burning brighter. I still feel it. And it’s a potential that I know to exist between any two human beings that consent.

And within this extended glance lies the soul of this country. The soul of Guatemala. And the possibility that lies so very close to the surface despite the illusion of blindness.

Doña Chona hurries out of her house and follows our taxi down the cobbled street. And in doing so she knowingly extends that glance. It appears timeless. She repeats our names under her breath. Again and again and again.

And immediately I know that in younger days I might have missed noticing such a glance. It might have been obscured by my own self importance. But not this time.

And then I understand that the opportunity for such a glance exists everywhere, and always.